Milind Soman is a supermodel, swimmer, actor and Marathon runner, who has been promoting running for all ages. You might have seen Milind pop up in the news multiple times showing up for marathons.

At the age of 55 years, Milind Soman is impressively fit for his age. Milind turned 55 on 4th of November and he celebrated his birthday in quite a different way.

Milind Soman posted a picture on his Instagram account to show his almost 800,000 followers how he celebrated his 55th birthday. In this picture, Milind was completely nude, running on a Goa beach. Running was, obviously, not the surprising part since we all know that Milind is a huge fan of running but the absence of cloths is what got everyone’s eyebrows raised.

In the caption of the picture, Milind Soman wished himself a happy birthday and so did thousands of his followers in the comment section. The comment section, as expected, was filled with comments on the nudity of the model too, most of which were positive.

To be fair, Milind has a body worth showing off but maybe not in public. Political outfit ‘Goa Suraksha Manch’ was, apparently, offended by this picture of Milind and lodged a complaint in this regard. The complaint says that this obscene picture of Milind on a Goa beach “projected Goa in a wrong manner.”

After this, Milind Soman has been booked under IPC section 294, which is for obscene act in a public place and section 67 of the Information and Technology Act. 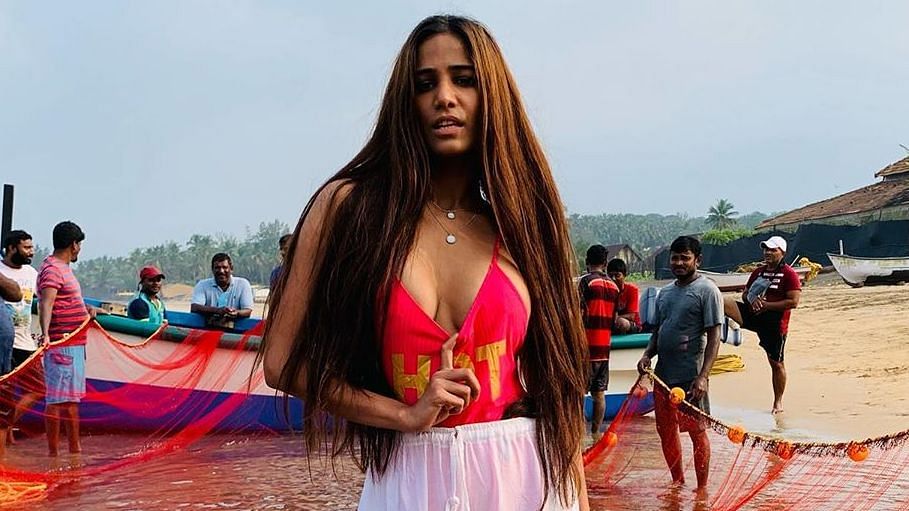 Just a few days ago, on Thursday, Poonam Pandey, an actress known for numerous controversies, was also booked by Goa police. Poonam and her husband have been booked for shooting an “objectionable video” on Chapoli Dam in south Goa. They allegedly trespassed on government property which is a punishable offense.

Filmmaker Apurva Asrani had called out the difference between the reaction of the internet on revealing photos of Milind Soman and Poonam Pandey.

In one of his tweets, he showed her discontentment at the reaction of the internet and how “we are kinder to our nude men than to our nude women”, calling out the sheer hypocrisy of people on the internet who drag the name of Poonam Pandey for showing off her extra skin but cheer when Milind Soman does the same.

Before this, Poonam Pandey was part of a huge controversy when her MMS was leaked through her own Instagram account which she deleted barely a minute after, but that was enough time for the world to make copies of the private video and spread it across the internet.

Not the First Time: It is not the first “nude controversy” for Milind Soman. This had happened once earlier, in August of 1995. Milind Soman and his then-girlfriend, Madhu Sapre, an ex-Miss India had been booked by the social service branch of Mumbai police for posing nude with only their shows and a python for a print advertisement for Tuffs Shoes. Yes, a live, huge python, wrapped around model couple. The usage of the python, as you might already know, is illegal in India under the Wildlife Protection Act.

The advertisement agency was also booked for the use of the python. This case went on for 14 years, in the end of which the couple were cleared of the charges filed against them.

Disha Patani’s flawless body is made for crop tops